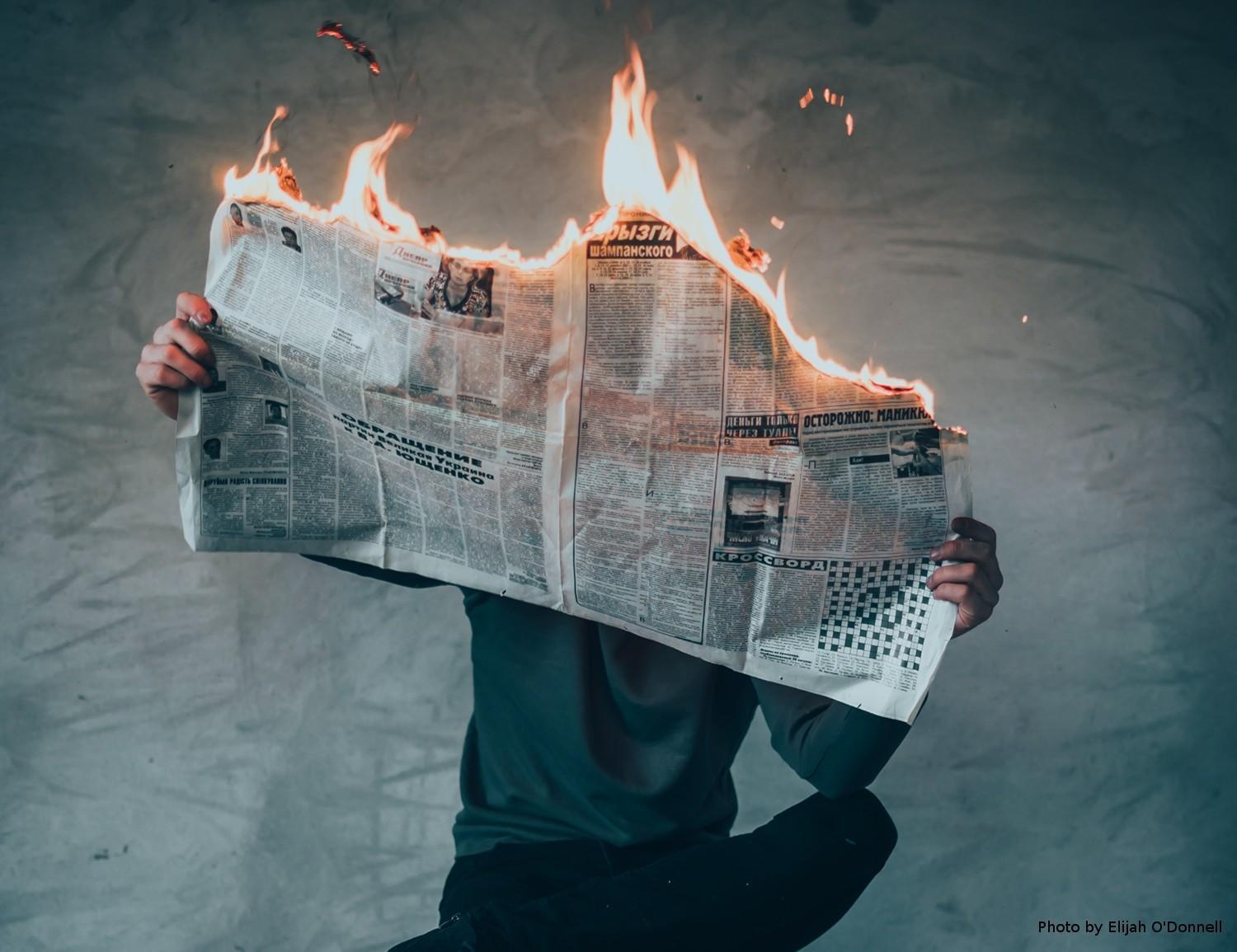 “Angry Ukrainians took to the streets and blocked roads Tuesday as hundreds of thousands remain without heating at a time when temperatures are plunging because of a dispute between the national gas company and regional utility providers.” This is the first sentence of the material that published by the Associated Press and reprinted by The Washington Post about the Ukrainian Naftogaz and the problems that arose at the beginning of the heating season in some Ukrainian cities.

According to the author Yuras Karmanau, who lives in Minsk and often writes about Ukraine, “Neither Naftagaz nor the Ukrainian government was available for comment.” After the material was published, Naftogaz denied this information on its Facebook page, saying it was “not true”. “We didn’t receive a request for comment from him,” says the company.

So what would this material look like if Karmanov was able to receive comments in the middle of the fourth industrial revolution?

Karmanau: The crisis, which affects mostly Ukraine’s center, south and southeast, came after national gas company Naftagaz raised gas prices that some struggling municipalities said were impossibly high for them to pay.

Naftogaz: at the time of the publication only 22 heat producers were not receiving gas out of around 1200. Currently, most of them have already solved all issues and are buying gas from Naftogaz on preferential terms. The absolute majority of heat producers in the center, east and south of the country at that time haven’t had any problems (the same as at the west of Ukraine), where heat producers and local authorities worked in good faith.

Karmanau: Naftagaz has said it will resume supply to utilities companies and powers stations only after they clear the debts or pay for supplies in advance.

Naftogaz: We don’t set gas prices for households and heat producers. For these categories, there is a regulated price set by the government, and now it is 30% lower than all other gas suppliers in Ukraine (several hundred) sell it. We don’t require advance payment to any gas purchaser for the needs of the people. We provide preferential gas to buyers who have fulfilled the government’s requirements, without prepayment. We don’t demand a full debt repayment from any heat producer which experience difficulties. In order to receive gas at a discount of 30% and without a prepayment, it is necessary to pay at least 90% for already received gas (at least 60-78% from the 1st of December).

And the last but not the least. Yuras Karmanau throughout his piece keeps calling Ukrainian national gas company – Naftagaz, when, in fact, it is called Naftogaz. Why is that you might ask? Well, it either he never even cared to visit the company’s website or write to them, as they claim, or he has been continuously mistaken it for a Russian Naftagaz company that is drilling oil and gas wells in Russia. Because, probably, everything is all the same to him. Nobody will know the difference, right?