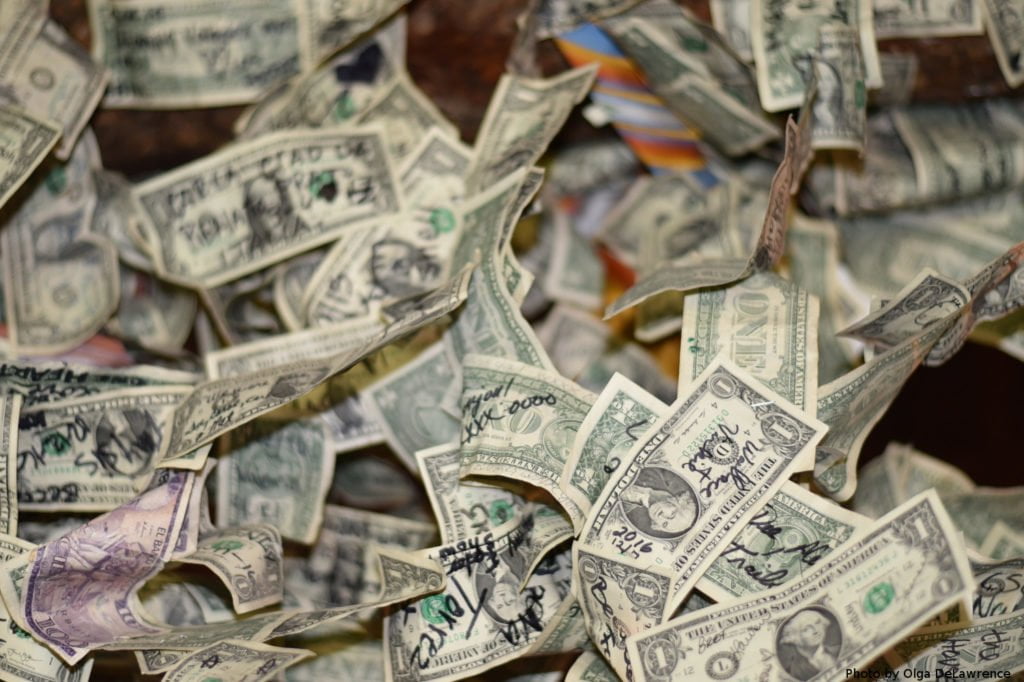 Over the past years, many leading European banks have been sanctioned for money laundering offenses. The big scandal that just has recently rocked Danske Bank with around $235 billion in non-resident flows between 2007 and 2015 that can be deemed suspicious, is just the latest example. Despite the huge figure, it represents less than half of the cross-border transactions that passed through the country, according to figures provided by the central bank in Tallinn, Bloomberg reports.

Between 2008 and 2015, banks doing business in Estonia handled about 441 billion EUR in incoming cross-border payments and 446 billion in outgoing payments. The scale of international flows raises questions about the extent of the questionable transactions, providing that the 2017 GDP of the country was only about 23 billion EUR. At the same time, last year the country was ranked among the three least risky of the 146 included in a study by the Basel Institute on Governance. The assessment that in the wake of the Danske laundering case seems at odds with the reality.

But besides that, the senior associate at Maze Investigation, Compliance and Training Ltd in Belfast, John Horan, says that money laundering is a Europe-wide problem. “I’ve worked on ALM (Anti Money Laundering) in the Baltic States, and I haven’t seen anything worse there than I’ve seen elsewhere,” he said, quotes Bloomberg.

Naturally, this problem is not unique, it concerns the entire European banking sector. According to a study by the British company Fortytwo Data, 90% of the biggest European banks (18 of the 20) have already been sanctioned for infringements of the anti-money laundering systems. “Many of these sanctions have taken place in recent years, indicating that money laundering has become common practice,” the company stated in a press release.

Among the biggest European banks that have been sanctioned the study also cites the Spanish bank Santander and the British banks HSBC, Barclays, Lloyds, and RBS. According to the data collected by the National Crime Agency (NCA), only in the United Kingdom money laundering has reached €171.6billion a year.

There are also four big French banks on the list: BNP Paribas, Crédit Agricole, Société Générale and Banque Populaire Caisse d’Epargne. Last year, the Autorité de contrôle prudential et de resolution (ACPR) imposed a €10 million sanction on BNP Paribas for significant shortcomings in its system to combat money laundering and for the financing of terrorism, while Société Générale was fined €5 million for the same reasons.

In its annual report, Tracfin (a service of the French Ministry of Finances that fights money laundering) said it was increasingly called upon to combat tainted money in 2017, having received almost 70,000 reports of suspicion (an increase of 10% in a year and 50% compared to 2015).

EU is stepping up?

As the recent scandals have proved, the new European anti-money laundering rules fall short of monitoring financial flows. And now the EU wants to step up towards the supervision and enforcement of its legislation. The last revision of the anti-money laundering framework (V Directive) entered into force last July, reported euractiv.com. But even at that point, a large group of member states had failed to fully implement even the previous directive.

At the same time, the scandals in Estonia, Malta, Latvia, the Netherlands, Denmark, and Germany revealed the failure of the national anti-money laundering authorities. To this day the Netherlands, Bulgaria, Cyprus, Greece, Luxembourg, Malta, Poland and Romania have not adapted their national legislation, while the target date was 26 June 2017.

At the same time, the Commission has already started infringement proceedings against Belgium and Spain in December 2017, whose transpositions of the anti-money laundering law were considered insufficient. But the limited role of the European Central Bank (ECB does not have any formal powers to act against a bank infringing money laundering regulations, without the prior consent of the member state concerned) on money laundering has handicapped the EU in its fight against money laundering.

Based on the results of the audit of international experts at Moneyval, Ukraine does not fall into the blacklists of countries laundering money, while there are European countries that are at risk to get on this list.

This was announced by Director of the Financial Monitoring Department of the National Bank of Ukraine Igor Bereza. “If, as a result of the first and second round of verification, Ukraine was a part of that list, now it is out of the question,” says Bereza. Earlier, international experts equated Ukraine in assessing the fight against money laundering to countries such as Australia, USA, Canada, Singapore, Denmark, Sweden, and Switzerland.

Experts noted a significant level of interdepartmental and international cooperation of Ukraine on this issue, as well as the positive impact of the NBU measures on the implementation of legislation in the field of financial monitoring by the banking sector of Ukraine.

This conclusion was reached by a special committee of experts of the Council of Europe on mutual evaluation of measures to fight money laundering and terrorist financing (MONEYVAL), the press service of the National Bank of Ukraine (NBU) said. “Specialists of the Council of Europe called Ukraine reliable jurisdiction in this respect,” the National Bank said.